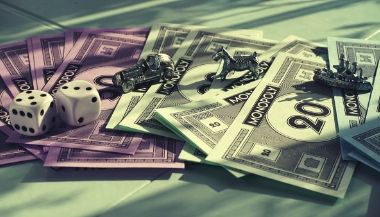 One lucky couple scored a £1 000 000 jackpot and it’s all thanks to their pet cat, Shortcake and Monopoly Millionaire scratch cards.

Andrew and Paula Hancock have been happily married for over 17 years and together they run a catering business. After an extremely long shift, Mr Hancock had come to realize that he had forgotten to buy cat food for the family pet, Shortcake. It was on this day that a quick trip to the local petrol station changed the lives of the entire Hancock family. Including their beloved six-year-old tomcat.

Initially, Andrew had set out to take care of Shortcakes dinner and fill up his wife’s car. After filling up he decided to pick up a Monopoly Millionaire scratch card and returned to the car to scratch it. Forgetting the cat food completely.

“So I thought, I’ll get straight home and go out for the cat food and get that later on. Which we didn’t, so he had ham. He was quite happy with that.”

Thankfully, the ginger cat was promised an upgrade on his usual food despite keeping the family awake most nights. And since the announcement of the couple’s lucky win, the friendly feline has accompanied them to many interviews and happily posed for photographers.

The Hancocks chose to continue their business as usual as they had a long term commitment as caterers for the Nottinghamshire Robin Hood Festival. Their company, which employs 10 people, eventually wrapped up after a 90-hour shift.

The family planned a trip to France for a much-needed breather and set future plans for both Australia and Tokyo for the 2020 Olympics. A trip that their teenaged son, Xavier would have enjoyed as a green belt in Judo.

“We’d love for him to go, he’s only 13 but really enjoys Judo – to be able to get tickets and take him there would be brilliant,” said Andrew.

Unfortunately, the Tokyo trip was called off due to the recent COVID- 19 outbreak.

Apart from their travels, the family has opted to pay off their mortgage and indulge in two new cars.

The Nottinghamshire couple admitted that Andrews win was a clear case of third times a charm. In the weeks prior to their jackpot win, Mr Hancock had won smaller amounts of £100 on two other scratch cards of the same brand, Monopoly Millionaire.

The happy couple celebrated into the early hours of the next day. Laughing, talking and “drinking Pimm’s” with close family members. Although Mrs Hancock was up and ready for work by 6.30 AM.

It was also revealed that the card was tucked away in a Gordan Ramsay cookbook for safekeeping until the card was taken in to claim their prize.

In the end, the family are more than grateful for the lucky break. In the words of Mrs Hancock, they are:  “- very thankful to Shortcake. And Andy’s memory – or lack of it.”