A History of Scratch Cards 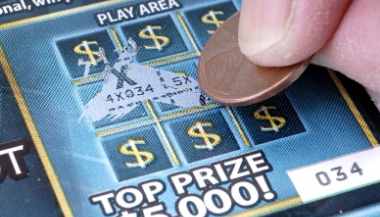 Scratch cards are a multibillion-dollar industry with strong ties in the lottery and with top corporate brand names, grand prizes, marketing gimmicks and instant satisfaction! Where did it start? How does it work? Where to next? Find out more about the history of scratch cards below.

What is a Scratch Card?

Typically a scratch card is a card with an opaque covering on specific sections. These sections can be scratched or scraped away to reveal a symbol, pin number, code or similar, so enabling the bearer to win a prize in a competition or to reveal a pin for a bank account, a code for a telephone calling card or a secret message in a scavenger hunt.

Scratching off the covering can be fun, but it is also for security. A secure card will have no marks or missing pieces of the scratch-off covering. Thus the bearer can be certain that their card has not been tampered with and that the information revealed is indeed secure only to them.

Scratch cards are used mostly in the gaming, marketing, telecommunications and banking industries.

Where did Scratch cards start?

The origins of scratch cards can be traced back to the early 1970’s where promotional gaming cards became popular at supermarket checkouts and petrol/gas stations. Winners would check if their cards, obtained at supermarket checkouts and petrol/gas stations, matched the symbols in print media. Winning items included food vouchers, money and other sought-after prizes.

Around the same time, John Koza and his colleague, Daniel Bower, formed the Scientific Games Corporation. Koza, equipped with a Ph. D. in Computer Science from the University of Michigan, and had assisted his previous company with calculated odds for these promotional gaming cards, whilst Daniel Bower was a retail promotions specialist.

Why are scratch cards popular?

Lottery and competition scratch cards usually run for a specified period ranging from a few months to a year or so. Scratch cards can have a specific theme highlighting just about any celebrated holiday, sports team, movie release, lottery promotion; the list is endless. In fact, there are some scratch card players that are not even in it for the money or prizes but just for the actual designs on the scratch cards. The Global Lottery Collectors Society has a growing number of members who collect, share and trade their scratch cards. These collectors are called Lotologists and there is even an annual Lotovention. Used scratch cards have, as a result, become popular on selling platforms such as Ebay.

Another reason that scratch cards are popular is because of their relatively low cost and instant gratification.

How do Scratch Cards work?

As for the technical, behind-the-scenes-look at a printed scratch card, the best explanation is by Peter Hand on Quora.

Rules for a particular scratch card will usually appear on the back of the scratch card itself and most operators have toll-free numbers or websites explaining the games and prizes in detail. Most importantly, they will have a record of which prizes have been won and which are still available.

When did online scratch cards emerge?

The history of scratch cards shows that they have gone from strength to strength in the printed arena’ and have also become very popular as online games. With the improvement of the internet, graphics and gaming platforms, online scratch card games are even more popular than their printed counterparts. Operators offer many types of scratch cards. This is as a result of lottery companies teaming up with corporate entities for mutually beneficial marketing campaigns which have the benefit of an instant win to attract customers.

Typically, scratch cards and lottery scratch cards are created using numbers or icons, however one online scratch card provider Alpha-bet Lottery innovatively offers players Lottery Cards and Scratch Cards populated with letters from the alphabet. The Alpha-bet system can be implemented as a land-based service or operated as an online module.

Marketing companies connected with Alpha-bet stand out from the crowd with their repeat play options which create brand loyalty.

Well it’s safe to say that the sky is the limit! With online users rapidly growing in developed countries and the increased use of smartphone technology, new markets are easily able to open up all over the world. Scratch cards can simply be delivered to any online and mobile platforms with easy-to-install apps that are quick to download. These offer games of chance, that are fun and easy to play, to a wider audience than ever before.

A Scratch card by any other name….

Scratch cards have many names the world over. They can be referred to as instant lottery, scratch-and-win, scratch ticket, scratch-off card, insta-win, scratchers and so on. But whatever you want to call it, be sure to play securely online or offline with Alpha-bet Lottery.

We hope that you enjoyed reading our history of scratch cards article, click here to see more on how to play scratch cards.

PrevPreviousHow to Play the Lottery
NextHow to play Scratch CardsNext